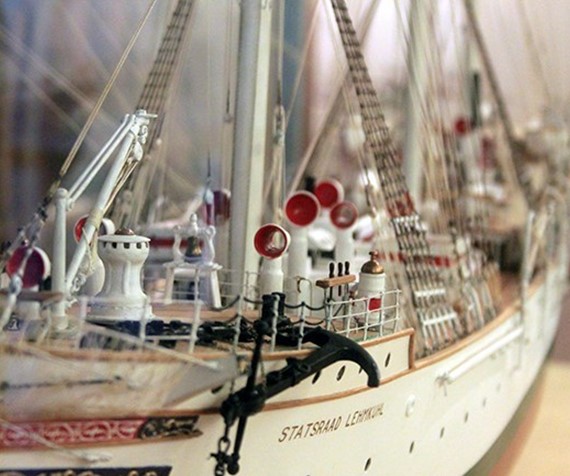 When the training ship Statsraad Lehmkuhl celebrated its 90th anniversary in 2004, the museum renewed and extended its collections on training ships with a range of new material from “Statsraaden”, as the vessel is well-known among locals in Bergen. A new temporary exhibition was opened in connection with the vessel’s 100th anniversary in 2014. The Statsraad Lehmkuhl was transferred to Bergen in 1923, and was for many years a welcome education facility for youth seeking a career at sea. Today the Statsraad Lehmkuhl is preservation-worthy, and is in use virtually all-year round. A deck house from «Statsraaden» has been exhibited at the museum since 1999, and in front of it a section of the ship’s deck has been reconstructed with a boom, sail and shroud. The exhibition also includes a dinghy from the «Statsraaden», exhibited between davits from the vessel.